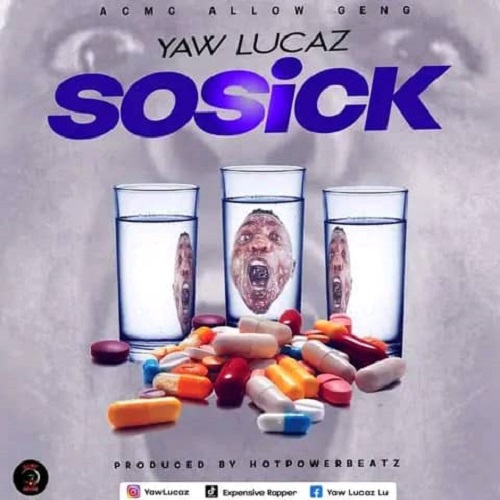 On this brand new music released, SoSick was performed by Xpensive Rapper, Yaw Lucaz, and was created by the talented Ghanaian music producer HotPower Beatz. This song serves as the official released song for the year 2022. Download and Enjoy Yaw Lucaz So Sick below.