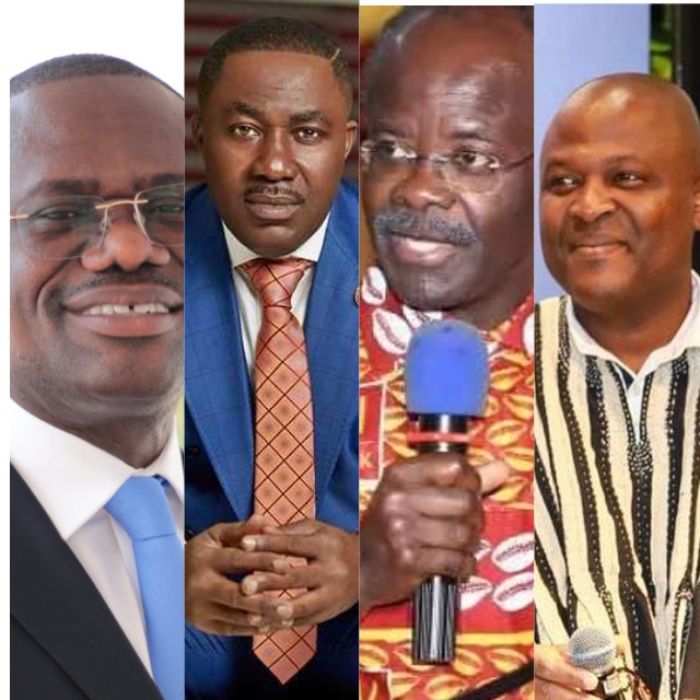 If you’ve been wondering who the millionaires and billionaires in Ghana are, then just read this article. A lot of people featured in this article are on the Forbes list of richest men in Ghana 2022.

The list of richest men in Ghana 2022 features mostly businessmen who make their money mostly from their business. In Ghana, the business sector is the largest contributor to Ghana’s wealth base. So, let’s take you through the top 20 richest Ghanaians 2022 who are largely business tycoons millionaires and billionaires.

Below is the list of Forbes richest men in Ghana and their net worth in US Dollars.

Sitting in the top position is Charles Ampofo. He is currently regarded as the richest Ghanaian and has earned a reputable stance for himself through business. He is the CEO and manager of Kampac Group which has its main office in Dubai, UAE. Meanwhile, Charles Ampofo’s net worth is currently valued at $1.46 billion.

Source of Wealth: Oil and Gas as well as Construction

With his massive net worth of $1.3 billion, Charles Ernesto –who serves as CEO and manager of Trasacco Group –claims the second spot. Ernesto Tarricone specializes in civil engineering and industrial investment and has provided employment opportunities for more than 4000 Ghanaians (together with foreigners) through his Trasacco Group.

An influential personality who has massively contributed to the mining industry. With the influence of his Jonah Capital, he possesses about 14 mineral resource assets throughout a number of African countries. His present net worth hangs around $1.2 billion.

Nabil Moukarzel’s net worth of $900 million is believed to have emerged from his investment with the FinaTrade Group – a voluminous enterprise specializing in commodities. He is reported as the investor with the largest share portion in the well-known FinaTrade group.

Ibrahim Mahama is the fifth richest man in Ghana, believed to have developed a great passion for the private sector right from the moment he was with his father. As part of his involvement in the mining industry, he manages Africa’s largest indigenously owned mining firm, known as Engineers and Planners. Currently, his net worth hovers around $860 million.

Mohammed Ahmed Odaymat is believed to have reached the milestone of $800 million (as net worth) through his diversified business dealings initiated through his establishment of Rana Motors and Metal Works Engineering. In addition, Mohammed Odaymat has a business engagement with BBC Industrial (Ghana) Limited where he currently serves as the Board Chairman.

The Irani Family comprises the pair of Edmund Irani and Anthony Irani who are brothers of Lebanese descent. The Family is believed to have acquired its net worth of $800 million through its Irani Brothers & Others Limited which specializes in the production of wheat flour.

Source of Wealth: Inheritance and Flour

The Irani Family Net Worth – $800 Million

Patricia Poku-Diaby’s net worth of $720 million is believed to have stemmed from her ownership of Plot Enterprise Ghana – a business venture concerned with the processing of cocoa. Prior to her establishment of Plot Enterprise Ghana, Patricia Poku-Diaby actively engaged in her family’s business venture which specialized in transportation and trading.

The Kalmoni Family is the second family on our list and is the ninth richest Ghanaians. Having acquired a net worth of $700 million, the Kalmoni Family’s wealth is greatly associated with Japan Motors –a large automobile firm that consists of seven subsidiary companies. The existing Kalmoni Family is believed to have evolved through Kalmoni & Sons established in 1912 by the grandfather of the present Kalmoni Family.

Source of Wealth: Inheritance and Diversified

The tenth richest man in Ghana is Kwabena Duffuor. Other than Kwabena Duffuor’s massive shareholding in UniBank, he serves as the CEO of House of Duffour Asset Holdings. He has acquired lots of benefits from his business dealings and he is widely known as the founding father of IFS (The Institute for Fiscal Studies). Apart from his own essential presence, his sons are famous for their significant roles in the commercial industry in Ghana. Currently, Kwabena Duffuor is worth $680 million.

Source of Wealth: Inheritance and Finance

Milad is another Ghanaian who has descended from Lebanon. He is the founder of Spintex Limited –a company concerned with the production of textiles. Having generated enormous returns from the textile-making company, Milad is reported to be worth $620 million.

With a net worth of $580 million, Ramchand Udharam Mohinani maintains his massive wealth base as the manager of the Mohinani Group. Meanwhile, the Mohinani Group is known to have possessed several influential Ghanaian companies including Somovision, Polytank, etc.

Source of Wealth: Transport and Banking

Robert Hitti is known to have accomplished a net worth of $540 million through his diversified business dealings which consist of the HITTI Group. Meanwhile, the HITTI Group comprises a total of 9 subsidiary companies found across Africa.

Source of Wealth: Inheritance and Diversified

The Hitti Family Net Worth – $540 Million

Elia Azar, another business giant of Lebanese descent, is known as the founder of the Azar Group which is currently managed by Rustom Azar and Ghazi Azar. Through the Azar Group, which deals in the production of paints and several other products, The Azar family has obtained the current net worth of $520 million.

Source of Wealth: Inheritance and Paints

The Hitti Family Net Worth – $520 Million

Known as the founding father of Metalex, Kwabena Agyare Danquah is a famous business tycoon who has amassed a net worth of $500 million. Metalex is a thriving business venture actively concerned with the production of premium roofing materials.

Nineteenth on our list of the richest men in Ghana 2020 is Ghassan Yared. Introduced as a Ghanaian firm in 1993, Forewin Ghana Limited is a successful enterprise that has made its name through vibrant distribution and marketing functions. Through his ownership of Forewin Ghana Limited, Ghassan Yared is presently ranked as one of Ghana’s leading business giants and he has a net worth of $480 million.

Known as the Executive Director of a popular Ghanaian company –Takoradi Flour Mills –Serge Bakalian is a Ghanaian believed to have descended from Armenia. Having been bequeathed with the company by his father, Serge Bakalian has emerged successful in the business arena and is associated with a net worth of $460 million.

Source of Wealth: Inheritance and Flour