“Joyner Lucas offers a video for” Snitch “ahead of his album release on Friday. The suspenseful clip begins with a suspect being grilled as the detectives and his conscience attempt to convince him to turn on his crew and snitch.

Joyner plays the voice inside his head as he recounts the events that led to his arrest. “This your motherfu**in’ conscience, ni**a / Don’t even do it / Don’t start acting like a bitch ’cause you forgot where you’re going,” he raps.

He struggles internally with what to do, rat on his boys or follow the street code and stay silent. “We both know that jail ain’t the place you wanna go,” says one voice. “If I was you, I’d tell them boys everything they wanna know.”

What will he ultimately do? The choice is his to make. “It’s either you can take the stand or you’ll be Bobby Shmurda,” says Lucas, adding, “Free Bobby Shmurda.”

“Snitch” can be found on Joyner’s new project Evolution, which arrives Friday. The 13-track set features collaborations with The Game, Rick Ross, and Ashanti. 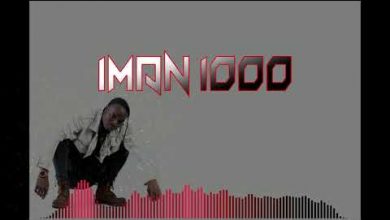