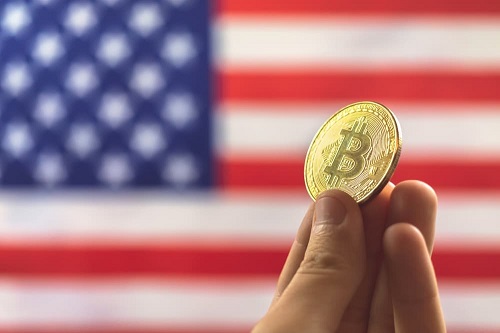 Cryptocurrency and blockchain companies are anxious about future regulation affecting the industry, and money spent on lobbying has confirmed this. According to a recent report, money spent on crypto lobbying increased by 116% in the last year, with $9.56 million used to try to sway legislators and public officials.

Millions of Dollars Were Spent on Crypto Lobbying and Interest Representation in 2021
While the digital currency and blockchain industry has matured a great deal, a number of crypto advocates are concerned about regulation and politicians misunderstanding an innovative technology.

This month researchers from cryptohead.io published a study that highlights crypto lobbying in 2021. In U.S. politics, the act of persuading bureaucrats into interest representation is lawful, and lobbyists are found in nearly every American industry. 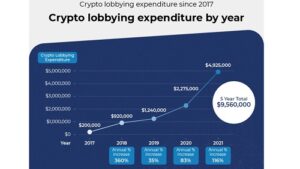 Since 2017, cryptohead.io’s data says Block.one has spent around $940K on crypto lobbying. Cryptohead.io utilized data from the organization Open Secrets which gives estimates on how much firms spend on interest representation.

The Open Secrets list also details how many lobbyists a company employs. Cryptohead.io’s in-depth research about crypto lobbying written by James Page can be read in its entirety here.