As per jail records shared by XXL, the “Big Drip” rapper was booked on a simple assault charge with further details currently unclear. The records show that he currently has not been granted bond, and he is located at the Bergen County Jail. His arrest comes after Fivio has continued to gain popularity, becoming one of the many promising faces at the front of the Brooklyn drill scene.

He kicked off October with the release of his Kenny Beats-produced single “Bop It,” which also features Chicago MC Polo G. He also recently linked up with Nas and ASAP Ferg for the King’s Disease track and video “Spicy.” Just prior to his arrest, he collaborated with fellow drill rapper King Von, who recruited him for “I Am What I Am” and its respective video.

Following the release of his breakthrough project 800 B.C. earlier this year, Fivio has been steadily sharing new music with his fans. It remains to be seen when he will be released from jail, but it’s likely that he’ll be back releasing music sooner rather than later.

Fivio Foreign is currently being held in county jail in New Jersey after being arrested for Assault on Saturday. pic.twitter.com/9yEt5diW4d 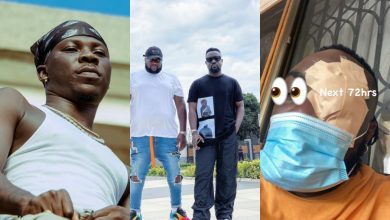 Video: Stonebwoy finally speaks on bust up with Angel Town